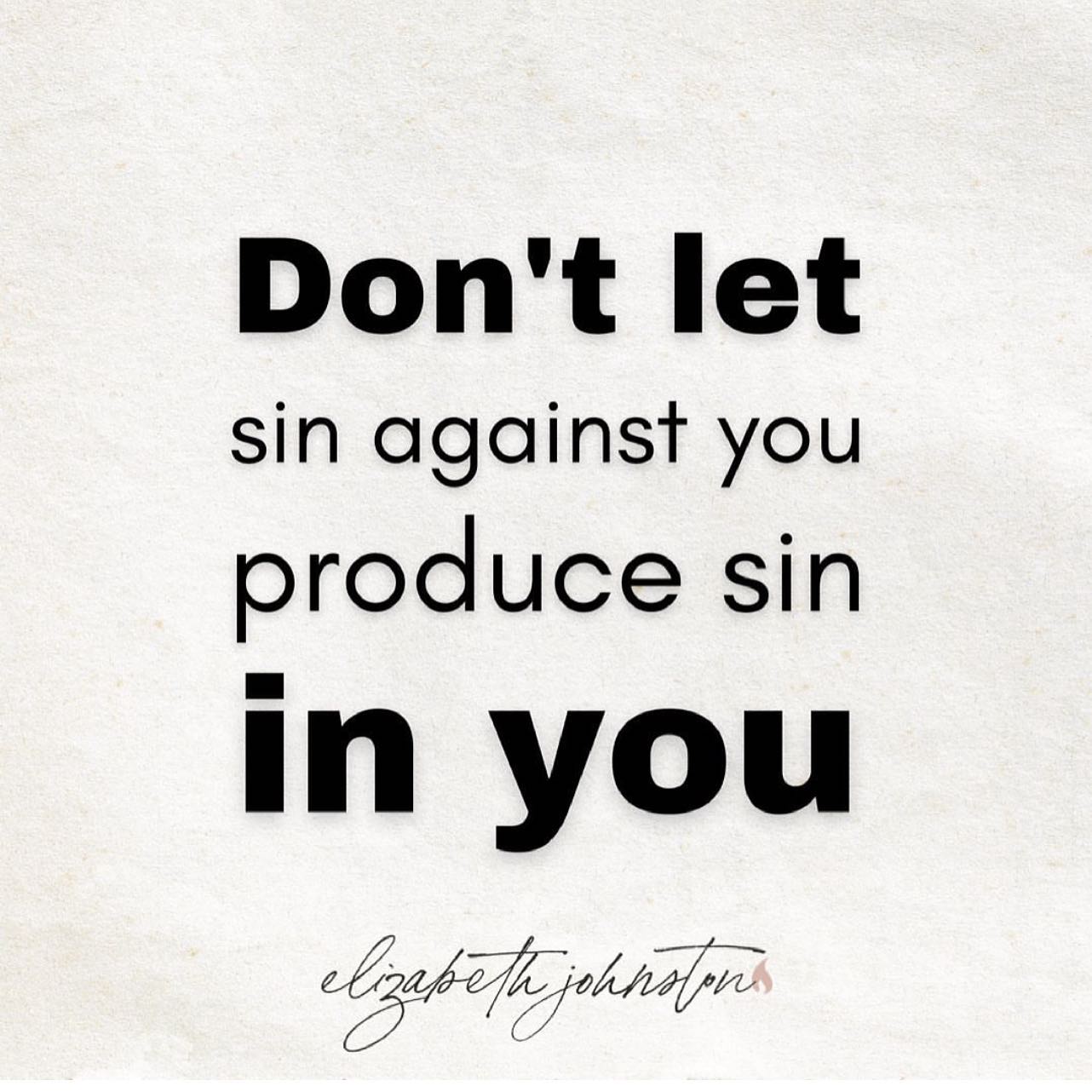 “Stay tender and forgiving, folks. Reject every root of bitterness. Never respond to sin WITH sin. Let God fight your battle for you.” In Proverbs 15:1, it says, “A soft answer turns away wrath, but a harsh word stirs up anger.” And Second Timothy 2:16 it says, “But avoid irreverent babble, for it will lead people into more and more ungodliness.” TASTE YOUR WORDS BEFORE YOU SPEAK THEM. ARE THEY BITTER OR SWEET?

This article is called, “You cannot fight sin with sin. Someone will think this is a weird title of an article. In reality, people do fight sin with sin every day, but what does that really accomplish? We live in a world and society that praises the battle and is determined, to force immorality, corruption and sin on everyone. If anyone will truly understand this article, it will be the dedicated Christians in this world. I did not say every Christian because too many Christians, Churches and Denominations have already compromised and accepted “THE NEW WORLD STANDARDS OF IMMORALITY AND SIN.” As my best friends keeps asking, “Where are the Christians?” LET ME BE CLEAR ABOUT ONE THING. THERE ARE TIMES WHEN YOU MUST DEFEND YOURSELF. YOU HAVE THE RIGHT TO DEFEND YOURSELF, YOUR FAMILY AND YOUR PROPERTY. THERE ARE TOO MANY PEOPLE WHO SUFFER FROM SEVERE ANGER ISSUES AND WILL ALWAYS FORCE A FIGHT OR CONFRONTATION.

SO WHAT IS THIS FIGHT ALL ABOUT?

First, it is not just a fight it is a War. It is a war against God Himself, God’s word, morality, and a fight against ALL Christians. This is a fight and war against every human on earth, every parent and ever child. This is a fight against every persons human rights. It is a fight for domination and control over every human by Globalist and Governments. They set the rules and are determined force them on the entire world. The real problem is, they create all of the worlds crisis so they can step in and control it.

This war and fight is against your very existence and way of life. This war is about taking away all of your God given rights and you authority in this world. This fight is against every parent authority on the planet. This war is about stripping away ever persons rights and giving those rights to children to make major changes in their lives, that will last forever with permanent consequences for their entire lives. So, HOW COULD YOU NOT BE ANGRY WHEN THIS IS FORCED ON YOU AND YOUR FAMILY? WE ARE FIGHTING A BATTLE BETWEEN GOOD AND EVIL, AND IT IS A BATTLE BETWEEN GOD AND SATAN.

BE YE ANGRY AND SIN NOT.

Ephesians 4:26 “Be ye angry, and sin not: let not the sun go down upon your wrath.” This is what God’s world says. Anger is a normal human feeling and emotion. You just said, “How can you not be angry?” The world and the people have gone crazy mister. Governments have taken over, mandating all their rights and every part of your life, under their control. I am not allowed to have an opinion different than the so called 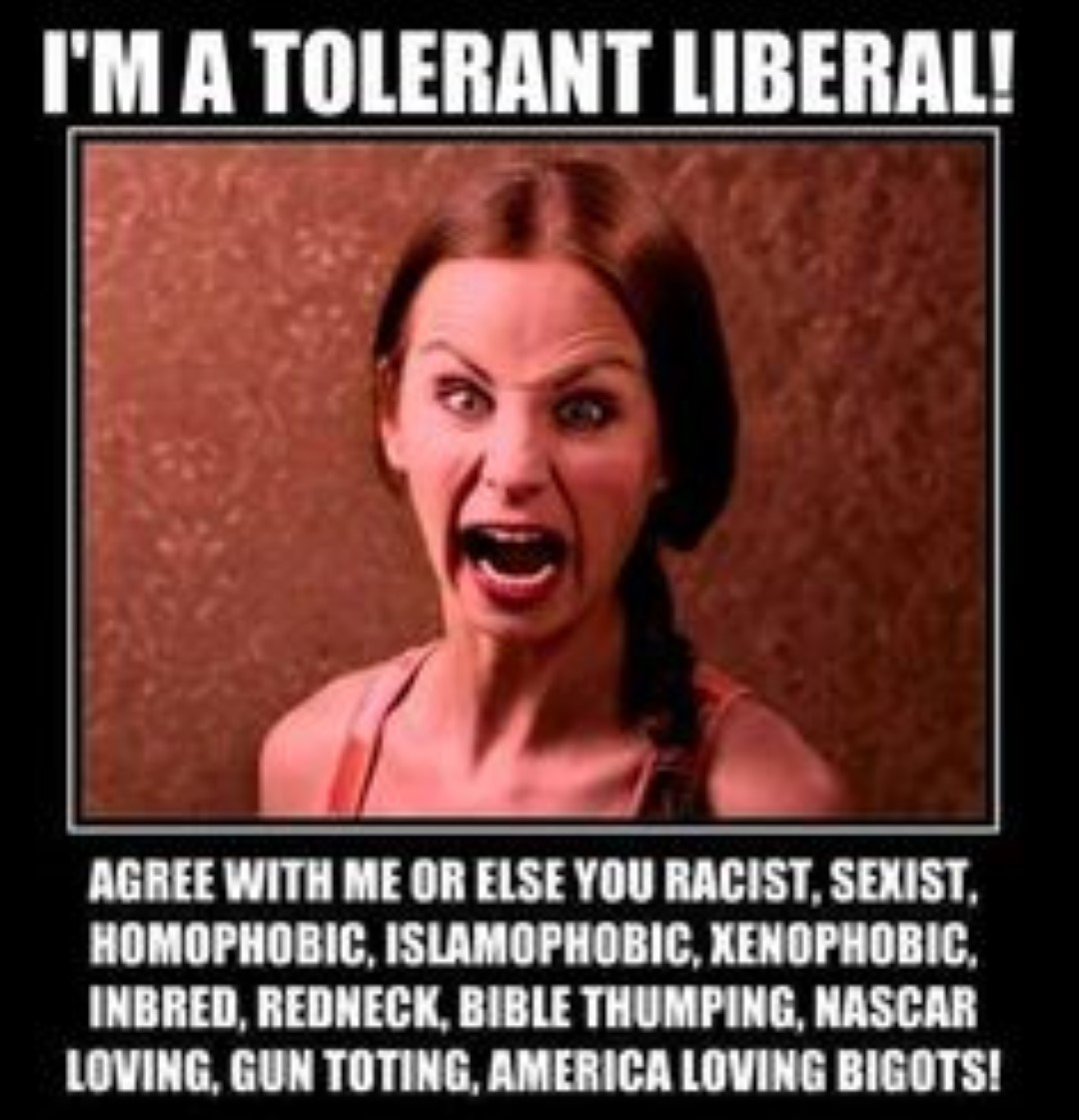 authorities. My children are being brainwashed by the LGBTQ+. My children are told and encouraged to accept all of the Transgender manipulation even for Trans surgery, even without me knowing or my permission. I have no say as to what is being taught to my children in school. So, I am not suppose to get angry?
I am suppose to just accept any fake, immoral life style my child chooses? I am suppose to just accept what ever GENDER they choose out of over 100 new pronouns they choose. I am suppose to accept all of this new Social Justice garbage and change for them. I am not allowed to have any opinion different than theirs, or I am a hater spouting HATE SPEECH. I am expected to accept any and all hate crimes bill they choose to pass into law. I am suppose to watch as the United States Constitution is totally destroyed? I am not suppose to be angry? YES BE ANGRY AND SIN NOT.
I am suppose to sit back and do or say nothing while the Globalist, United Nations and World Health Organization takes over this world and forces a 1 world government, 1 world Religion, and 1 world money system upon this planet? Am I suppose to keep silent while they take away everything I have, or ever worked for? Am I suppose to keep silent, never get ANGRY and let them destroy me? The answer to all of these questions is  “N O.”  NO, NO, NO, NO. Satan and Sin is running wild world wide in every country and government. You would not be human if you did not have feelings, emotions and ANGER.

Here is the reason for writing this article. Anger is an emotion that we all have. Everyone on this planet gets angry, even God gets angry. The problem with anger comes down to this. HOW DO YOU RESPOND TO ANGER? Is your response that of fury, rage, brutal, physical, violence or one of revenge? Do you take retribution into your own hands? I do not get mad I get even. THIS IS WHERE PEOPLE FIGHT SIN WITH SIN. And people do this everyday, it is your response IN THE FLESH? God said we are in a war but GAVE US THE PROPER WAY TO FIGHT. II Corinthians 10:3 “For though we walk in the flesh, we do not war after the flesh:4 (For the weapons of our warfare are not carnal, (FLESH), but mighty through God to the pulling down of strong holds;)5 Casting down imaginations, and every high thing that exalteth itself against the knowledge of God, and bringing into captivity every thought to the obedience of Christ;” And yes there are LEGAL means available.

God gave us our Armour and equipment for the war and fighting. Ephesians 6:11-18 “11 Put on the whole Armour of God, that ye may be able to stand against the wiles of the devil.12 For we wrestle not against flesh and blood, but against principalities, against powers, against the rulers of the darkness of this world, against spiritual wickedness in high places.13 Wherefore take unto you the whole Armour of God, that ye may be able to withstand in the EVIL DAY, and having done all, to stand.14 Stand therefore, having your loins girt about with truth, and having on the breastplate of righteousness;15 And your feet shod with the preparation of the gospel of peace;16 Above all, taking the shield of faith, wherewith ye shall be able to quench all the fiery darts of the wicked.17 And take the helmet of salvation, and the sword of the Spirit, which is the word of God:18 Praying always with all prayer and supplication in the Spirit, and watching thereunto with all perseverance and supplication for all saints;

Where are we living today folks, what is happening? II Timothy 3:This know also, that in the last days perilous times shall come.2 For men shall be lovers of their own selves, covetous, boasters, proud, blasphemers, disobedient to parents, unthankful, unholy,3 Without natural affection, trucebreakers, false accusers, incontinent, fierce, despisers of those that are good,4 Traitors, heady, high-minded, lovers of pleasures more than lovers of God;5 Having a form of godliness but denying Gods Power.” Fight the battle and a good fight but leave the VENGEANCE up to God. The Bible calls this reaping and sowing, and God guarantees this. DO NOT FIGHT SIN WITH SIN, OTHERWISE YOU WILL PAY THE CONSEQUENCES ALSO.  PERHAPS THIS SITE WILL GIVE YOU MORE INSIGHT INTO THE EFFECTS OF ANGER.

Dear Reader. You are in a war, you are in a fight whether you believe it or know it. The greatest battle that any of US face every day is a “SPIRITUAL BATTLE.”  You truly may not realize that. The weapons in this battle are not nuclear, nor bombs. The casualties of this war, is your very own “SOUL AND SPIRIT.”  Please understand this one thing. The CONSEQUENCES of this battle is eternal and never ending.

We are ALL born with a sinful human nature. It is very hard to fight your own sinful human nature, or our flesh, and sin that comes from it. We are also created with feelings and emotions. If you do not believe this, then go visit any Prison.  Our world is exactly where God told us it would be, when He returns to earth, to take away his children in the Rapture of the Church. If you think things are really bad now, then you ain’t seen nothing yet. Satan and total evil will take over this world and you cannot escape it.

There is only one way to escape the hell that is coming upon this earth, during the 7-year Tribulation coming upon this earth under Satan’s total rule. Jesus Christ came to earth to deal with the SIN question, once and for all. I want to make this simple for you to understand. WE ARE THE SINNERS–JESUS IS THE SAVIOR. HE CAME TO SAVE SINNERS FROM SIN, OUR SELF, AND SATAN. Jesus died on the cross and paid the penalty for EVERYONES SINS. Jesus took the consequences of our sin forever. If you have never done so I would simply kneel, realize that you have sinned and ask God for forgiveness. LORD COME INTO MY HEART AND SAVE ME, FORGIVE ME, I NEED YOU. And God will change your life instantly. 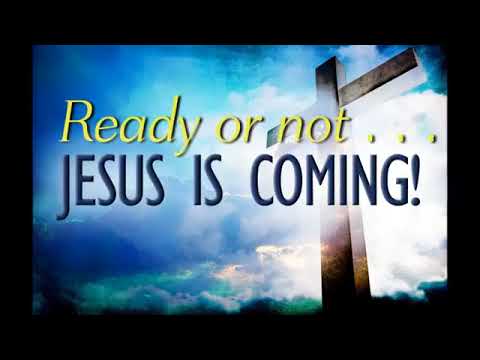 This concludes “You cannot fight sin with sin.” Your thoughts, comments and opinions are welcome, so leave them below in the comment section. PLEASE WATCH THE SHORT 7 MINUTE VIDEO BELOW. IT HAS A LOT OF TRUTH IN IT.

DID I MAKE A DIFFERENCE