I think today’s topic and story, is one you can relate to. Many have seen, felt or experienced this kind of pain. Some call it bad love. It is bad love, but I call it being abused. We should all know by now, there are many forms of bad love or abuse. I have seen many. Here is one true story.

I worked for years doing family, marital and individual counseling. This work is rewarding. You can help make a difference in someone’s life. The other side is the involvement it takes. You also feel their hurt, pain and agony. 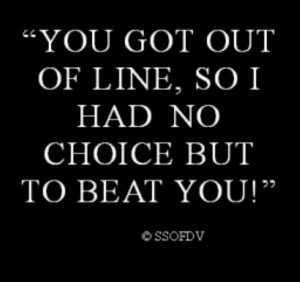 I had known Larry and Alice for two years, through one of their relatives. They had a new two month old son. I was asked if I could talk with them. They had some problems and maybe I could help. Our first meeting did not go well. It was obvious, Larry did not believe they had any problems. Alice on the other hand, insisted they did.

The tension between Larry and Alice was very strong. It was easy to see, Larry was the boss, the dominator. When Larry said, “Shut up.” Alice shut up. Whatever Larry commanded, Alice did it. Alice on the other hand, was the scared little bunny. She feared failing her boss.

If there was any love, even bad love, I did not see it. I only saw her being abused. Larry cussed Alice in front of me. Larry told Alice, ” My only problem is you. What I do is my business. You don’t have any right telling Ray or anyone, that we have problems. Don’t bring anyone here to talk to me.” I was kindly asked to leave.

After I left, Larry went into a fit of rage. He picked up his two month old son. Threw him ten foot across the room. The child landed on the couch and bounced. Alice ran to her son before he rolled off the couch. Larry cussed Alice, then hit her for inviting me there. Then he left.

Larry would tell Alice, I am going to North Carolina and see my girlfriend. I will work there for a while.” Alice would beg and say, “Please don’t go. Please stay here. I love you.” That never stopped Larry from going. So as usual, he went.

Larry is out drinking one night. He comes home late, but his father is with him. They are both drunk. Larry hits Alice in the mouth and knocks her down on the floor. He holds his wife down, on the floor, while his father raped his wife (This is true). 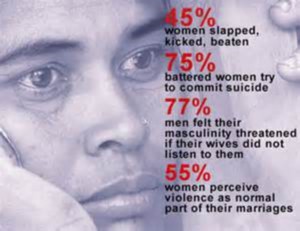 THE COURAGE TO LEAVE

Would you call this bad love? I call it no love. This is abuse to a new degree. Alice being abused continued on. Alice’s family, fearing for her safety, begged her to move and leave. Alice agreed and made plans to leave Larry. She would live alone with her son.

Arrangements were made by Alice’s family. An apartment was rented, furniture bought, whatever she needed was supplied. I helped and was glad to do so. Social Service was helping with benefits. They would even help find a job for Alice. They would help provide for day care for her son. If she wanted to work. Alice would be safe from harm and not be abused.

Alice and the baby moved. Larry did not care. He now had total freedom. Two days later. Alice took everything in the apartment and put it in a yard sale. She sold it all. What money she received, she took and gave to Larry as a gift. She moved back in the trailer with Larry. Talk about being shocked. And feeling used. We all were.

The abuse continued. A week later, Larry goes in a convenience store to buy his beer. On the checkout counter is a vase with $1.00 fake roses. He buys one, takes it home, then gives it to Alice. She gets on the phone and call’s everyone. She has to tell everyone about her $1.00 fake rose. I will quote her words here, “HE LOVES ME, HE LOVES ME. HE REALLY DOES LOVE ME!” To that, I will say,”DUHHHHHHHHHHHHHHHHHHHHHHHHHHHHHHHHH.” 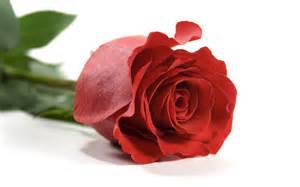 Here it the real question. Why would Alice go back and continue to be abused? There are many opinions and reasons. I want to quote the EAP (Employee Assistance Program) of Partners HealthCare Systems, in Eastern Massachusetts. The EAP says, ” Women stay in abusive relationships for these reasons.”
•SURVIVAL: Fear about her own and her children’s safety if she leaves.
•ECONOMIC DEPENDENCE: Can she survive on one income?
•FEAR: Of being alone, fear that she cannot cope with home and children by herself.
•PARENTING: Wanting a father for the children.
•RELIGION: Pressure to keep the family together.
•FAMILY: Extended family pressure to keep the family together.
•LOYALTY: If he had cancer, she’d stick by him.
•RESCUE: If she stays, she can “save” him and help him “get better.”
•FEAR OF HIS SUICIDE: He says he’ll kill himself if she leaves.
•DENIAL: “It’s really not so bad.”
•LOVE: She loves him, and he is quite often loving and lovable when he’s not being abusive.
•IDENTITY: Many women feel that they need a man in order to be complete.
•SHAME, EMBARRASSMENT AND HUMILIATION: She doesn’t want anyone to know.
•LOW SELF-ESTEEM: After years of being criticized by her abuser, she believes that it must be her fault, she must deserve it, she’ll never find anyone better, “a little love is better than no love at all.”
•SEX ROLE: “That’s just the way men are.”

The EAP further states, “95% of the patients seen in emergency departments for injuries as a result of domestic violence are women. Men can also be victims.” 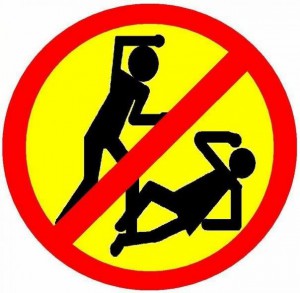 As of today, Alice is still with Larry. Still being abused and neglected. Medically, Alice has too many heart problems that cannot be repaired by surgery. Medication does not help. In addition, she has COPD and high blood pressure. Her doctors state she may have six months to live.

Her son is now a teenager. His father taught him well, how to abuse his mother. And he does! Now it continues on with her son. What does the future hold for this young man? What kind of husband or father will he be?

My website is, Whats True Love. This is not true or real love. This is not bad love. It is abuse. Love should not hurt. My advice to any abused woman (or man) is this. First, get out, get away. For you own safety and protection do not stay in this type of relationship. Especially if you have children. Second, seek help for all involved.

Most counties, cities and states have shelters or a safe house for abused women. They can and will help. Someone may come here and read this article. If you are abused or in this situation,I have some information for you. 1-800-799-7233 is the toll free phone number for, The National Domestic Violence Hotline. Help is available.

I want to list this internet link. http://womensweb.ca/violence/dv/leave.php This is the internet link too, The Women’s Web. This is an online community for women who need help. No woman or child deserves to be abused.

Your thoughts, opinions and comments are welcome. Leave them here.

DELIVER US FROM EVIL-THE EVIL ONE